The Commonwealth Games Federation (CGF) has published a report outlining that the event has provided an economic boost of between £800 million ($980 million/€897 million) and £1.2 billion ($1.4 billion/€1.3 billion) for recent host cities, as well as contributing social and environmental benefits.

The Commonwealth Games Value Framework Report was produced by professional services firm PricewaterhouseCoopers, who were commissioned by the CGF.

The report is aimed at the CGF, host cities, Commonwealth Games Associations and other stakeholders, with the intention of outlining the benefits of hosting the multi-sport event and how it can assist cities in achieving their ambitions.

Research and data for the report was taken from the Manchester 2002, Melbourne 2006, Glasgow 2014 and Gold Coast 2018 Commonwealth Games, with Delhi 2010 excluded due to a lack of available evidence on costs and benefits.

CGF chief executive David Grevemberg believes the report can provide future host cities with greater “context and confidence” when assessing why they may want to host the Games.

Grevemberg said the report provided a framework which future hosts could base their Games around, helping to set targets to ensure the event can be a justifiable investment and provide accountability.

“The CGF recognise, particularly in the difficult global climate we are in, that the costs of staging a major sporting event such as the Commonwealth Games is a huge commitment to those cities that have competing priorities for funding,” Grevemberg said.

“Prospective candidate cities, who correctly are under increasing scrutiny from taxpayers, need to be able to justify the commitment of increasingly scarce Government resources as good value for money for their city, region and country.

“That is why the Games Value Framework is so important because it clearly defines, in more detail than has ever been done before, the benefits and costs of hosting the Commonwealth Games, while articulating how these should be assessed.

“The report collates the existing evidence from recent Commonwealth Games, draws out critical success factors and guides prospective host cities on how to assess the anticipated costs and benefits of hosting the Games aligned with the Commonwealth Sport Movement’s vision to create peaceful, sustainable and prosperous communities.

“Aligned to our new Games delivery model to drive down operating costs by delivering the Games more efficiently, we feel there is now a clear blueprint outlining how our event can be used as a real catalyst for regeneration following the difficult situation we are collectively facing.”

Between 13,600 and 23,000 full-time equivalent years of employment before, during and after the competition were outlined as being created by the Games, while tourism was claimed to have increased by 25 per cent in the three years after hosting the event.

Commonwealth trade deals and investments were also outlined as having contributed up to £400 million ($490 million/€448 million) into the host city.

Grevemberg added that the report highlights how the Games can be used to fit host city aims, with Manchester 2002, Glasgow 2014 and the upcoming Birmingham 2022 Commonwealth Games viewed as key to the regeneration of certain areas.

The CGF chief executive suggested Manchester 2002 set the standard for how the Games could provide a stimulus to help regenerate an area.

The report outlines that the Games served as a catalyst for the regeneration and transformation of areas across the city and wider region, such as the reclamation of a 146-hectare site in the east of Manchester which had been derelict.

Investment in sports, leisure and entertainment facilities was claimed to have created many thousands of jobs, while millions of pounds was reportedly invested into new homes and communities.

Similarly, Glasgow 2014 was viewed as having achieved the aim of regenerating the East End of the city and accelerating planned transport improvements.

The showcase provided by the Games was also highlighted, with Manchester considered to have emerged as England’s second city, while Glasgow has since secured hosting rights to further major sporting events.

The CGF also said the report highlights how the Games can provide social benefits, including fostering community pride and adopting positive behaviour, as well as promoting reconciliation, human rights, diversity and accessibility.

The report also aims to outline ways future hosts can potentially maximise opportunities of hosting the Games depending on their local context and ambitions, with clear legacy plans outlined from the outset and accountability processes in place to ensure the aims are met.

Suggestions to minimise potential costs are also included, such as aligning the delivery of the Games with existing investments and initiatives in the host city, as well as drawing clear responsibilities among stakeholders. 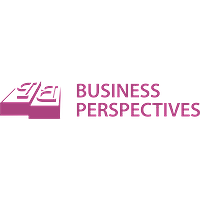 The Commonwealth Games will never be the same again after Birmingham 2022. Dame Louise Martin, President of the Commonwealth Games Federation (CGF), told insidethegames: "We can’t stay as we are - it’s not sustainable. We have to move on, we have to modernise. "In the future it will be more in keeping with what the country it’s going to wants." The plan is for the Games to be smaller, easier and less costly to host, and to change them in a way that will appeal to a younger audience. Making them more attractive to Asian nations, and especially to prospective hosts from Asia, is another key aim. Only six per cent of the Commonwealth’s combined population of 2.4 billion live outside Asia and Africa, yet those two continents between them have hosted only two Commonwealth Games. Nearly two thirds of those 2.4 billion are aged under 30, and more than half live in India, which is predicted by a United Nations report to become the world’s most populous country before 2030, the Commonwealth Games’ centenary year. The CGF’s drive for change involves a complete review of the sport programme, which is now underway. "In my opinion Birmingham will be the last one of this size," said CGF President Dame Louise Martin ©Getty Images The Games schedule features too many events and too many athletes - 270 medal events in 19 sports, and 4,500 athletes in Birmingham next year. "It has to be reviewed without a doubt," said Dame Louise. "It’s not working for us because it’s very difficult to control." Esports seems likely to feature in the future, but which sports will be dropped, either temporarily or permanently, will depend on the views of the 71 Commonwealth Games Associations from nations and territories around the world. The CGF signed a partnership last year with the Global Esports Federation, whose President, Chris Chan, is secretary general of the Singapore National Olympic Committee. The review comes as the consequences of the COVID-19 pandemic are continuing to have a profound effect on the global sporting landscape. There is no bidder for the 2026 Commonwealth Games and only by cutting costs and modernising can the CGF hope to find one at short notice. The 2014 and 2018 Games, in Glasgow and Gold Coast, were awarded seven years out: this time if a bidder is found the time span is likely to be nearer four years. Birmingham was also late on the scene, taking over as hosts in late 2017 after Durban was stripped of the event due to financial concerns. Co-hosting will not be discouraged, which could raise the possibility of some of the Commonwealth’s smaller nations staging some sports. Mooted bids from Australia, Canada and Sri Lanka have failed to materialise for 2026. "We’re going through a sticky patch at the moment, yes, because of all the vagaries of COVID-19 and cost-wise, but in the future I see the Commonwealth Games going from strength to strength in a completely different way to the way it’s been done in the past," Dame Louise added. "Modernise it, change it." There is no obvious host for the 2026 Commonwealth Games, now that a private Hamilton bid has abandoned its efforts to stage the event that year ©Getty Images Change is sorely needed according to a number of sport business experts, specialists from academia, and those who work in the Commonwealth Games movement who were canvassed by insidethegames. Some were so pessimistic they did not wish to speak on the record. Professor Simon Shibli of Sheffield Hallam University, a sport specialist and accountant, has researched and written on the economic impact of major events over decades. The proliferation of other events over the past 25 years had left the Commonwealth Games "searching for an identity". Shibli said: "In the sporting air space, it’s very, very difficult for an event to gain attention when it’s quirky, not fixed (in the sporting calendar) and not the pinnacle of achievement. Audiences are not great and commercial rights are not great. There are too few hosts. The fact that it is the friendly Games where it’s very Corinthian, the taking part that matters, has led to mismatches and joke performances." "You need to make it an elite competition based on qualification." Dame Louise said the appetite for change was there. "We have to keep reviewing our sports, we have to stay relevant to where we are at the time," she said. "It’s no good any more to sit back and say ‘We’ve always done it this way.'"