In former British colonies, ghosts of past haunt mourning for queen

In former British colonies, ghosts of past haunt mourning for queen

‘Colonialism is history in the West,’ said a South African writer. ‘But in our countries, colonialism is now.’

NAIROBI — When the children of Kenya’s most famous freedom fighter learned about the death of Queen Elizabeth II, they mourned for England and for the queen’s family. The death of a parent is never easy, the Kimathi children know. “It is a lot for their country,” said Elizabeth Kimathi, 66. “We feel sorry for them and for the royal family.”

Are you on Telegram? Subscribe to our channel for the latest updates on Russia’s war in Ukraine.

But the Kimathis were reflecting on a darker part of the queen’s legacy.

They were thinking about how shortly after Elizabeth Windsor ascended to the throne, the British fought a year-long war to crush the rebellion led in part by their father, Dedan Kimathi — a man then branded a terrorist and now seen as a hero in Kenya. They were thinking about how thousands of fighters were killed and more than 100,000 civilians were forced into detention camps.

How British soldiers tortured their mother. How their father was ultimately hanged, despite repeated appeals to the British government. How many letters their mother wrote to the queen, pleading for her help finding the gravesite so she could give her husband a proper burial.

“She was a woman and a mother and a wife,” Evelyn Kimathi, 51, said of Queen Elizabeth. “She could have shown mercy to a fellow woman and wife.”

Since the queen’s death last week, many in the West have heaped praise upon the woman who for 70 years served as a beacon of stability and duty, a constant guide during a period of radical shifts. But throughout England’s former colonies, some of which fought violent struggles to secure their independence during Queen Elizabeth’s reign, the reaction has been decidedly more complicated.

As their leaders paid homage to the queen — with the presidents of Kenya, South Africa and Nigeria among those who offered tributes and praised England’s current partnerships with their countries — residents of former colonies publicly recounted the havoc wreaked by the empire. Online and in private, there have been fraught discussions about the extent to which Queen Elizabeth, whose duties were largely ceremonial, bore responsibility, and how to balance respect for the dead with reckoning of past wrongs.

“The thing that I think Western people need to genuinely try to absorb and realize is that colonialism is history in the West,” said Sipho Hlongwane, a writer based in Johannesburg. “It is a thing of the past, in the West. But in our countries, colonialism is now.”

In South Africa, he noted, many Apartheid-era practices were borrowed from the British. Poverty today is largely broken down along racial lines. The British and their descendants still control the vast majority of the country’s lucrative mines.

“The choices she made, she could have made differently,” Hlongwane said of Queen Elizabeth. “You can be born into that level of privilege and make choices that are different, then eat the consequences. Are we seriously not allowed to point that out?”

Queen Elizabeth II and the end of Britain’s imperial age

The queen’s death has also escalated calls by people in Africa and South Asia for the royal family to return riches taken from their lands — including the Kohinoor diamond and Great Star of Africa, which were “gifted” by India and South Africa, respectively. The story of the Great Star of Africa, which was mined in 1905 at a White-owned mine and subsequently given to the royal family, is the story of many of the artifacts in the British Museum, said Hlongwane.

“It may have been done over tea and a handshake,” he said. “But no right thinking person would think that was a fair transaction.”

Shailja Patel, a Kenyan author and activist, said she knew that when Elizabeth died, the “mythmaking machine” would immediately sweep into action. As she watched the media coverage begin, Patel took to Twitter. In a widely shared thread, she noted that the storied Treetops Hotel in Aberdare National Park — where Elizabeth, then just 25, learned she would became queen after her father’s sudden death — would become the site from which British soldiers gunned down freedom fighters as if at a “game shoot.”

“What the British did in Kenya,” Patel said in an interview, “they did all over the world. … We are just beginning to chip away at the history and the lies and the mythmaking of empire.”

Britain in 2013 apologized for the torture of Kenyan rebels and agreed to pay a settlement of about $20 million to the living survivors, which amounted to about $4,000 per person.

For Sadaf Khan, a 22-year-old Bangladeshi American whose grandparents grew up during British rule in Dhaka, the capital of modern-day Bangladesh, the queen’s death has been a source of familial tension.

Khan said his grandparents — who experienced violence and had to scavenge for food during the Partition, when British India was divided into India and Pakistan in 1947 — along with his parents, are “weirdly sad about the queen’s passing.” He attributed their feelings to the queen’s portrayal within South Asia as “a beacon of prosperity.” (Bangladesh subsequently seceded from Pakistan in 1971 to form an independent country.)

Khan said he has countered by bringing up the “horrors that the British Empire brought on South Asia,” including white supremacy and colorism still evident in South Asian culture.

Anuj Chandra, an Indian-born doctor whose uncle disappeared during the Partition, described a nostalgia for a “British sense of style and class,” combined with a growing recognition of the legacy of British colonialism in India — and Queen Elizabeth II’s role in enabling its continuation.

“She conducted herself with amazing grace and dignity,” said Chandra, who now lives in Tennessee, “and at the same time, I think it’s a time to question their role, and also the history and what could be done about … the damage that colonialism left in the Third World.”

Queen Elizabeth II has been buried in her final resting place next to Prince Philip, her husband of more than 70 years, capping an elaborate state funeral, which was invested with all the pomp, circumstance and showmanship that the monarchy, military and state could put on display for a global broadcast audience of millions. Here are some of the most memorable moments in photos and videos.

Nigerian-born professor Uju Anya sparked an outcry when she wished the queen — whom she declared “a thieving raping genocidal empire” — “excruciating” pain in dying. Anya’s tweet was deleted by Twitter for violating its policies and condemned by Carnegie Mellon University, where Anya works.

But Anya, whose ancestors were killed during Nigeria’s devastating civil war, insisted she would not express “anything but disdain for the monarch who supervised a government that sponsored the genocide that massacred and displaced half my family.”

As he watched criticism swell on Twitter, Nigerian journalist David Hundeyin said he was struck by just how “deep-seated the ignorance is about what the issues even are … about what the British monarchy is, and what it represented.”

The country of Nigeria was formed when British rulers decided to merge the vastly different North and South into one nation. They gave political power to the rulers in the North, and when civil war broke out in 1967, Britain backed the federal government, providing funding and weapons. Historians estimate more than 1 million Igbo civilians in Nigeria’s southeast died, many of starvation.

People whose families were directly touched by such tragedy should be able to express their frustration with the regime whose policies contributed to such tragedy, said Hundeyin.

Chason reported from Dakar, Senegal, and Venkataramanan from Washington. 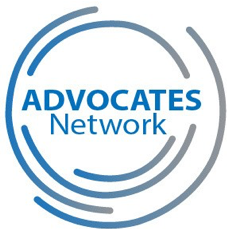